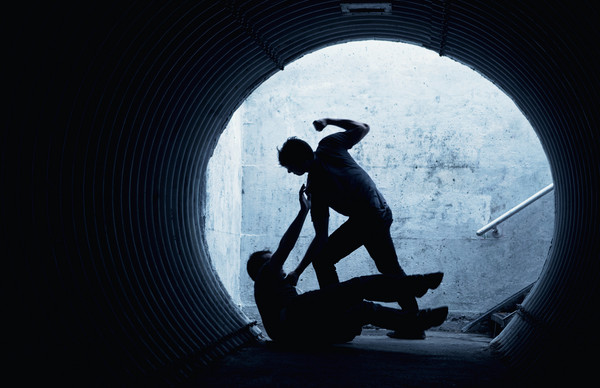 A dangerous new ‘game’ that’s sweeping the state has lawmakers up in arms about prosecution for those who play. Known on the internet and in certain circles as the ‘knockout game’, this craze involves perpetrators speaking to unsuspecting bystanders while being filmed by a third party. The individual speaking to the pedestrian is egged on to knock him out, and he throws a punch to lay the uninvolved party out cold on the ground.

It’s not clear what exactly makes this gruesome pastime fun, and law enforcement is starting to get serious about prosecuting anyone found to be involved in playing. Viral videos are being shown of assaults throughout the country, including one brutal assault recently in Paterson, NJ. It was uploaded to social media and shared widely—a stark departure from the days when assailants tried to hide from security cameras and get away without being seen. There is a layer of notoriety attached to the knockout videos going viral that seems to attract the perpetrators, and will generally be helpful to police as they attempt to track down those seen in the widely available footage.

News of the knockout game’s popularity has spread to NJ lawmakers, who are taking it very seriously. State Senator Tom Kean introduced a bill in December 2013 which would very specifically criminalize it. The text of the bill defines the action they hope to pinpoint as the third parties involved in the assault, mainly those who help spread it throughout social media and initially film the altercation. The bill hopes to “criminalize the recording, sharing, distribution, and publishing of assaults” which take place as a result of the violent knockout game.

For the case taking place in Paterson, police director Jerry Speziale released his own video announcing that he was vetting the footage for final details about who the assailants were and the location of the assault itself. As in the nature of stories that unfold over social media, there have been numerous claims by other Facebook users who professed to know who the attackers were, but the police have not yet released any names in conjunction with this criminal case. It may yet spur on types of vigilante and community sourced accusations, which can be dangerous if unfounded.

While the knockout game is certainly drawing attention as a dangerous new fad, assaults are nothing new and always nothing to laugh about. If you have been charged with assault, from a knockout game type incident or otherwise, you will absolutely want to work with an experienced criminal defense attorney to ensure that you have the proper representation during your case proceedings. These are charges that are taken very seriously by the prosecution and should not be underestimated. For more information about the services that I provide to my clients, as well as my excellent track record, give me a call. The law office of Robert DePersia can be reached at 856-795-9688, and I would be happy to give you a free consultation.