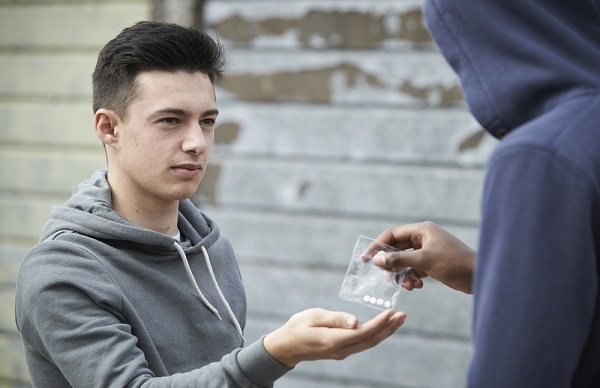 Under federal and state law, individuals found with an illegal drug will face charges of possession of a controlled dangerous substance (CDS), which is punishable by fines and imprisonment. The crime becomes mores serious and the penalties are more severe when the drugs in possession are with the intent to distribute. To be convicted of possession with intent to distribute three elements must be satisfied.

First, the prosecution must prove that the defendant was in possession of a controlled dangerous substance. A CDS is any “drug, substance, or immediate precursor in Schedules I through V.” In New Jersey, almost all illegal drugs are considered CDSs, including prescription medications. Tobacco and alcohol are two of the only drugs exempt.

New Jersey defines “distribute” as the act of transferring a controlled substance from one party to another. Drugs do not have to be sold in order for it to constitute as distributed. The prosecution must prove the defendant distributed or planned to distribute the CDS. This means that an individual can face charges even if they only planned to give them to someone else.

If a police officer did not witness the distribution, the quantity of drugs, packaging materials, sums of money, and other drug paraphernalia will be used to determine if the drugs were going to be distributed. If an individual is found with an amount only enough for personal use, they most likely didn’t have intent to distribute and will only be charged with possession of a controlled dangerous substance.

Possession with Intent to Distribute

The penalties vary according to the CDS and increased depending on the quantity in possession. In addition to the possible jail time and hefty fines, a drug conviction can have a significant impact on your life. Additionally, the location of the offense can also cause the penalties to enhanced, i.e.: within 100 feet of school or public park.

If you have been charged with a drug crime, it important to protect your rights and freedom by hiring an experienced defense attorney. I, Robert E. DePersia, will investigate all aspects of your case to determine if the state has met all the requirements needed for a possession with intent charge. As an experienced defense lawyer for over 25 years, I will aggressively fight the charges against you to minimize or avoid the consequences. For a consultation, call The Law Office of Robert E. DePersia, II today at (856) 795-9688.